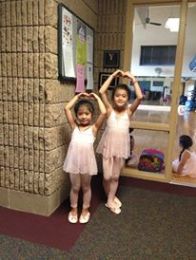 It was a miracle that I gave birth to two lovely children. My life even is a wonder of it’s own. At age 6, I was diagnosed to have a rare kind of a tumor that grew in my brain. I survived of course, oohhlalaa! Hahaha! As I said, it was indeed a miracle that I am still alive and kicking, eager to eat as many bowls of tokwa at lugaw at my favorite rice porridge store in a nearby city.

It’s been 20 years since my struggle with tumor and it’s been really a long time ago. I couldn’t even remember how it had been to feel the pain every time my head ached and with the help of pain relievers such as Nalbuphine, etc., I would wake up to expect another attack after a few hours. Neither do I remember the feeling of being totally paralyzed incapable of walking or writing or running and jumping.

Well, let’s take a fast forward now and talk about my life at present. I have two beautiful kids with my partner. I’m sorry though because due to some reasons we couldn’t get married by the grace of God though we wanted to. Our first born was a beautiful, curly brunette-haired girl by the name of Corinne. My better half wanted to have that for a feminine name since I am Corazon. She is a fighter too like me. She was born with a hernia in the diaphragm which caused her to undergo surgery at age 2 days to rearrange those scrambled internal organs. So all in all, we’re two in the family who sing Destiny’s Child’s “I’m a survivor!”. She is 6 years old now and about to get into second grade in September.

Only a year after giving birth to her, we had another one. Another chaotic individual who would do everything she could to get the attention of her father. Her name is Maureen. It was taken from the Irish form of Maria, my first name. She looks so different though from our first child. Her hair is jet black and straight. She has a darker complexion too than the other one so if you see them at first, they’re really not like sisters. They would often be mistaken as only  playmates or neighbors but they’re sisters.

You see? I have a 6-year old child and a 5-year old child. Do you think that is too much for a household to bear? They are restless, active, adventure-seeker, jar-breaker, trouble-maker individuals who make our days bright and complete.

These two kids, I gave birth, through normal delivery. There was no need of a thousand-peso worth of Cesarean Section for me. I give birth only in a 24-hour span of time. I am a master of giving birth! Nah, just kidding! But then, if you reflect on it, I am capable of giving birth, of giving life to another individual, two for this matter without being induced. I could even remember before how scared my family was when I had my first delivery fearing I would have hormonal changes after the labor and have the cancer again. But I simply didn’t. I simply survived and reproduced another two with the scientific name of Homo sapiens. Thanks to my handsome sperm donor! Peace to that Dad!

However, these two kids are no longer with me now. They are with their father. They are living in a continent known to man as North America. In the Big Apple. In the city that never sleeps. In New York, New York, miles and miles away from me. And I miss them. I miss those mornings when I wake up beside them smelling their morning breaths (ehw!) and days when I needed to fetch them from school looking so gross like nobody ever took care of them. Those afternoons when after work they would welcome me home by the cheer of “Nanay! Nanay! Nanay!” as they lovingly call me. I miss everything about them because now, everything in our lives changed. As evident to that, our kids never speak the Visayan dialect anymore.

I couldn’t be a visible mother to them any longer now. I am their mother, sure thing, though I’ve never been perfect in my duties being unable to teach them 123 and ABC but I am their mother. Their perfectly imperfect mother who would sacrifice everything for the sake of her children and kudos to me not everyone can do that! This is what probably my life’s purpose is all about. I am a life-giver of two young innocent angels who are now enjoying the luxury of having vacations in Virginia or playing at Central Park and taking swimming lessons in the most premiere Naval Base in the world. So much for a good life, having the best of both worlds, don’t you think?

These children of mine, of ours, they deserve a life, a bright future, a gift from God. I may not be with them today, nor will I be with them tomorrow and still I don’t know when will I be with them but I live by this purpose each day of giving their lives to them. I am a successful individual able to survive this challenge in life until the day we’ll be together again. Another endeavor I am willing to take just like overcoming cancer.